Carl Stahl location in Eggendorf places advertising board on A1

The Carl Stahl Hebetechnik location in Eggendorf/Austria is strategically located in an industrial area, only a stone's throw away from the A1 Autobahn. The A1, also known as the Westautobahn, is the first Autobahn built in Austria and runs from Vienna via Linz to Walserberg near Salzburg, where it merges into the German Bundesautobahn 8. The Autobahn section around Eggendorf is one of the busiest of the total 292 km. For this reason, the Carl Stahl Hebetechnik site in Eggendorf has now installed two advertising boards measuring 5 x 2 m on a nearby transmitter mast. As advertising boards from a former company already existed, no new approval from the state and the Autobahn operator had to be obtained. The billboards could be installed by the company's own personnel using a lifting platform. From next year on, they will also be illuminated. 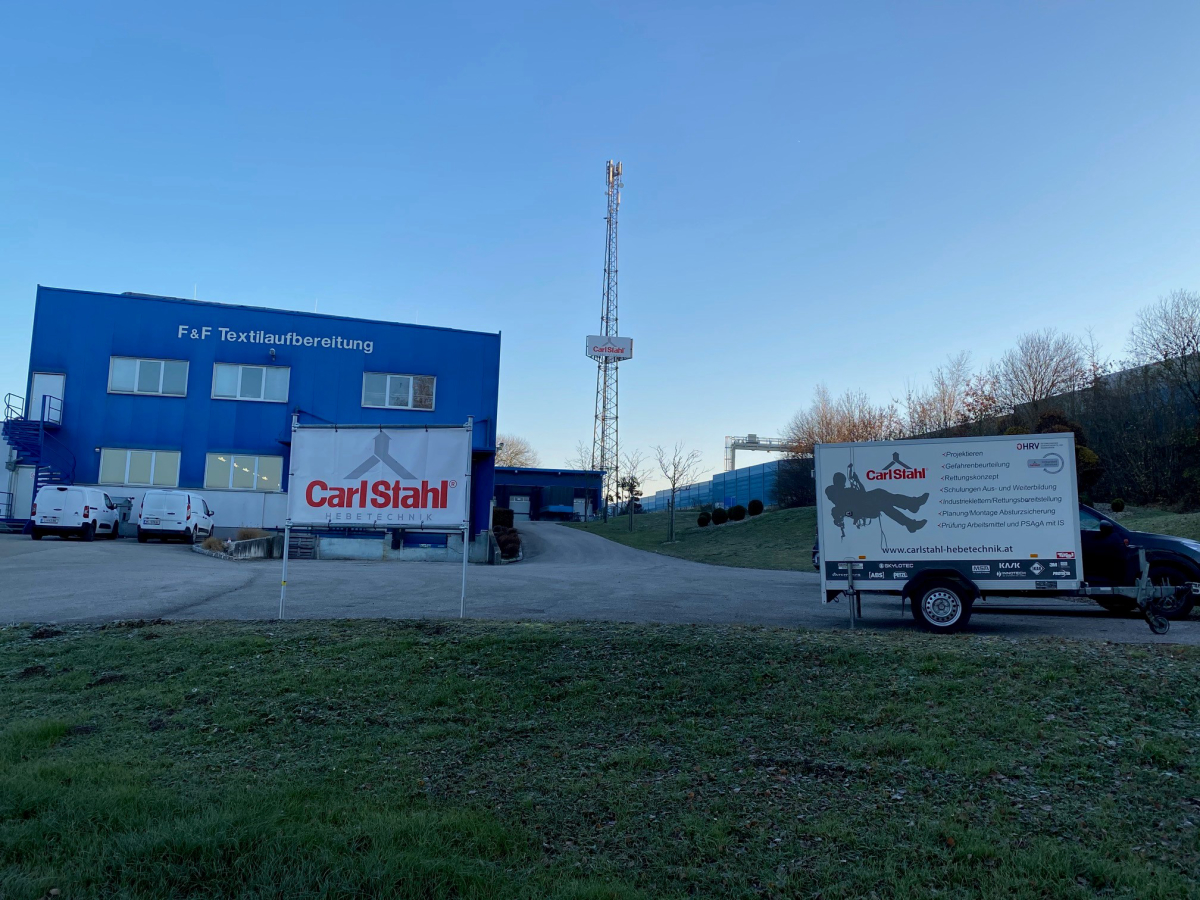 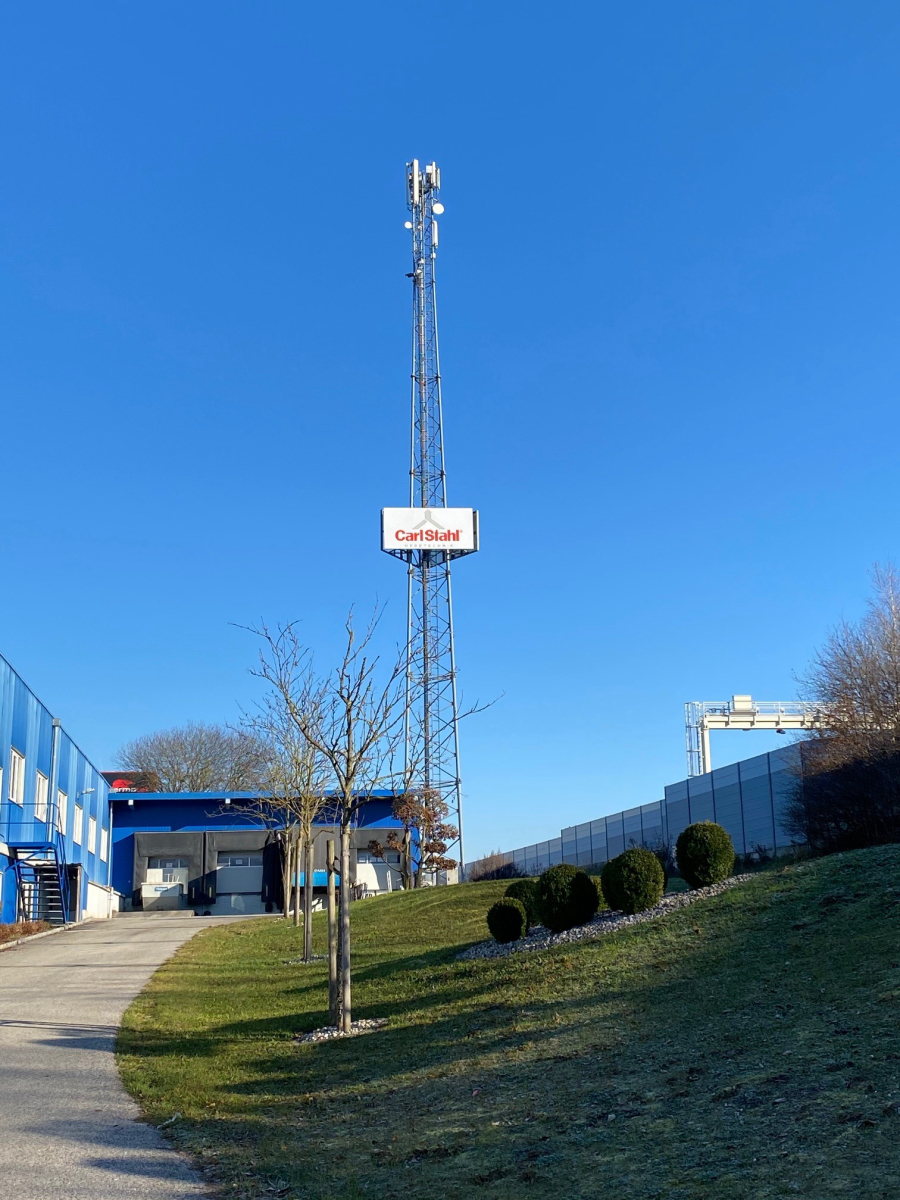 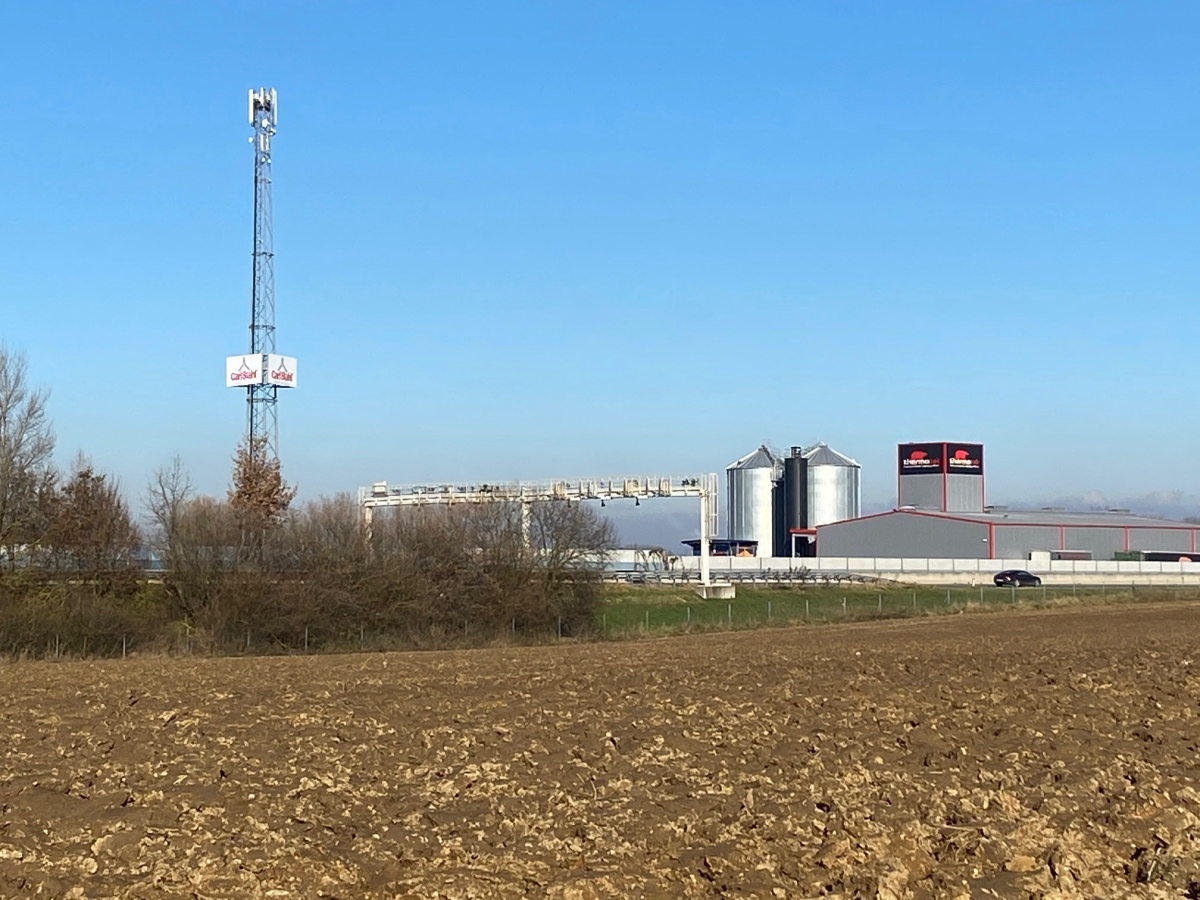