Get off the office chair, get in your sports shoes - Carl Stahl at the 2019 B2B Run in Nuremberg

The history of the B2B Run begins in 2004 with the company run Munich and is today with events in seventeen cities and 195,000 participants annually the largest company run series in Germany. In the meantime, the event is also taking place in six European countries and in South Africa. Under the patronage of the DAK, the event is primarily aimed at companies who want to use the B2B Run together with their colleagues to promote motivation and team building. Despite the sporty character, the fun is always in the foreground.

On 23 July this year's B2B Run took place in Nuremberg. 18,500 participants from 670 companies were at the start and experienced a unique sporting event which ended for each participant with an emotional finish in the Max Morlock Stadium. The 6.3 km circuit led the runners around the Dutzendteich pond in the southeast of Nuremberg under humid conditions. With an average running time of 42 minutes, the Carl Stahl Running Team crossed the finish line. In addition to the sporting performance, the Carl Stahl running team was also visually a unit in the specially designed running shirts with the inscription "With us you take off". Site manager Lothar Braun, team captain of the runner team, is enthusiastic and proud of his team: "The 4-week preparation consisting of joint running sessions and the journey to work by bike were worth it. After all, there is a certain ambition involvedd". 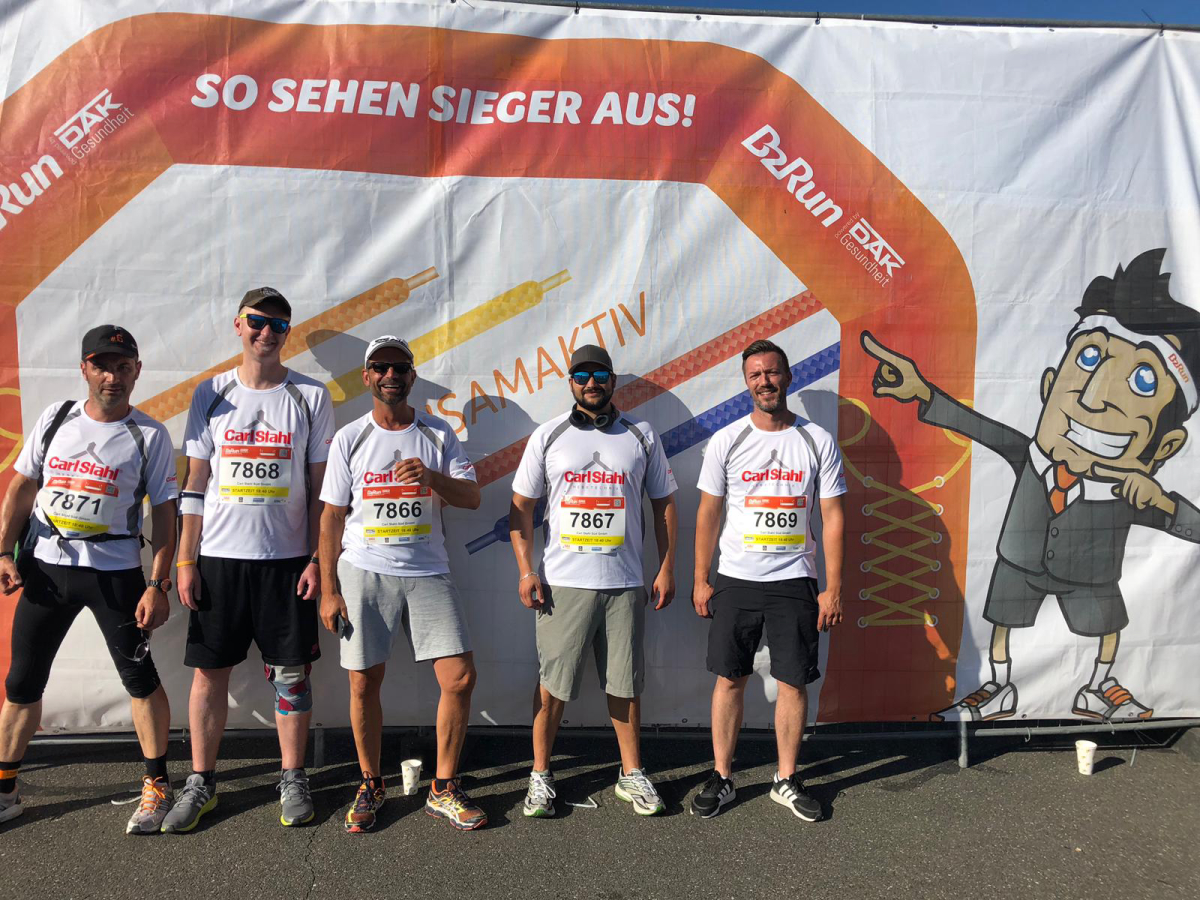 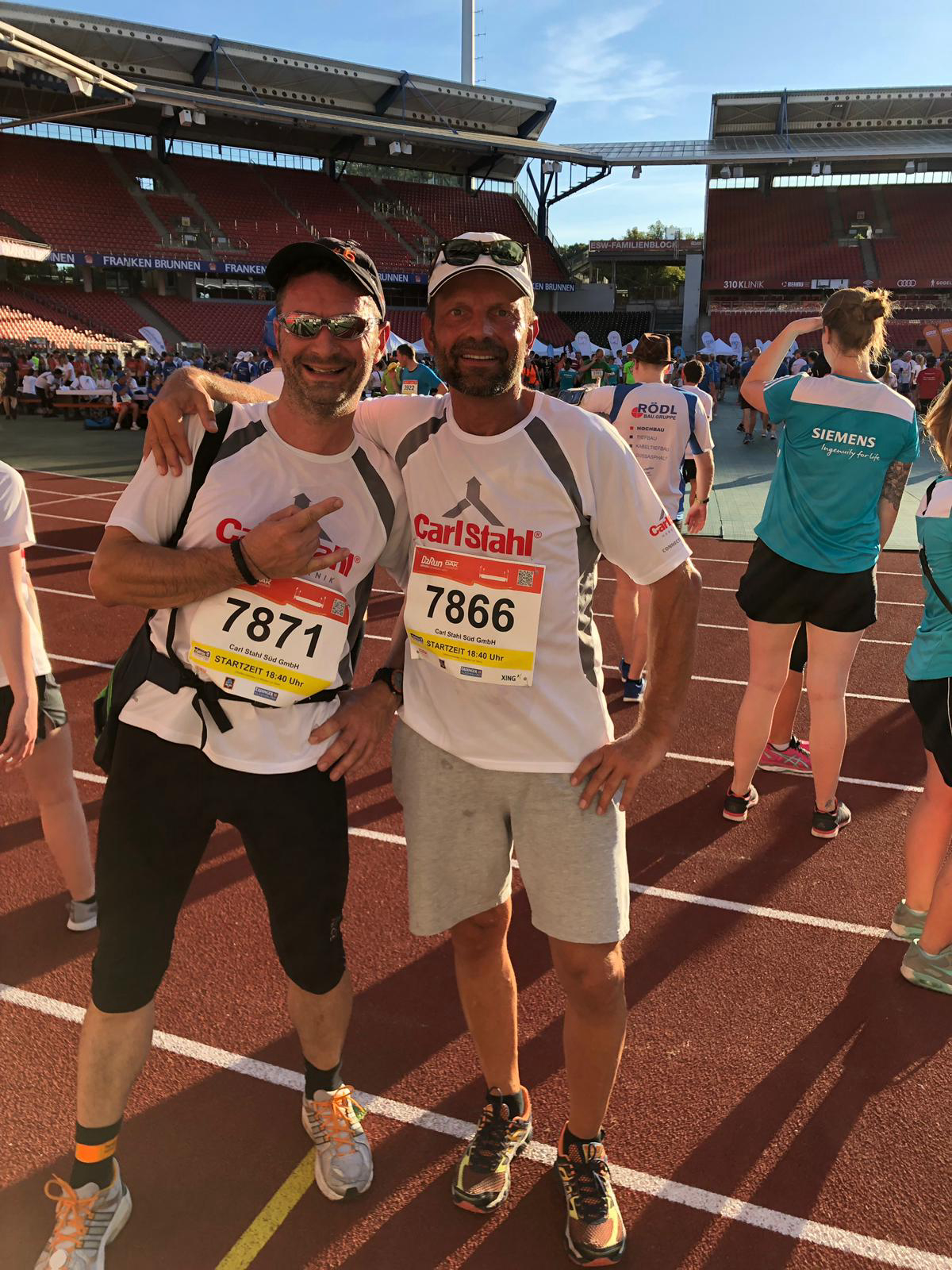 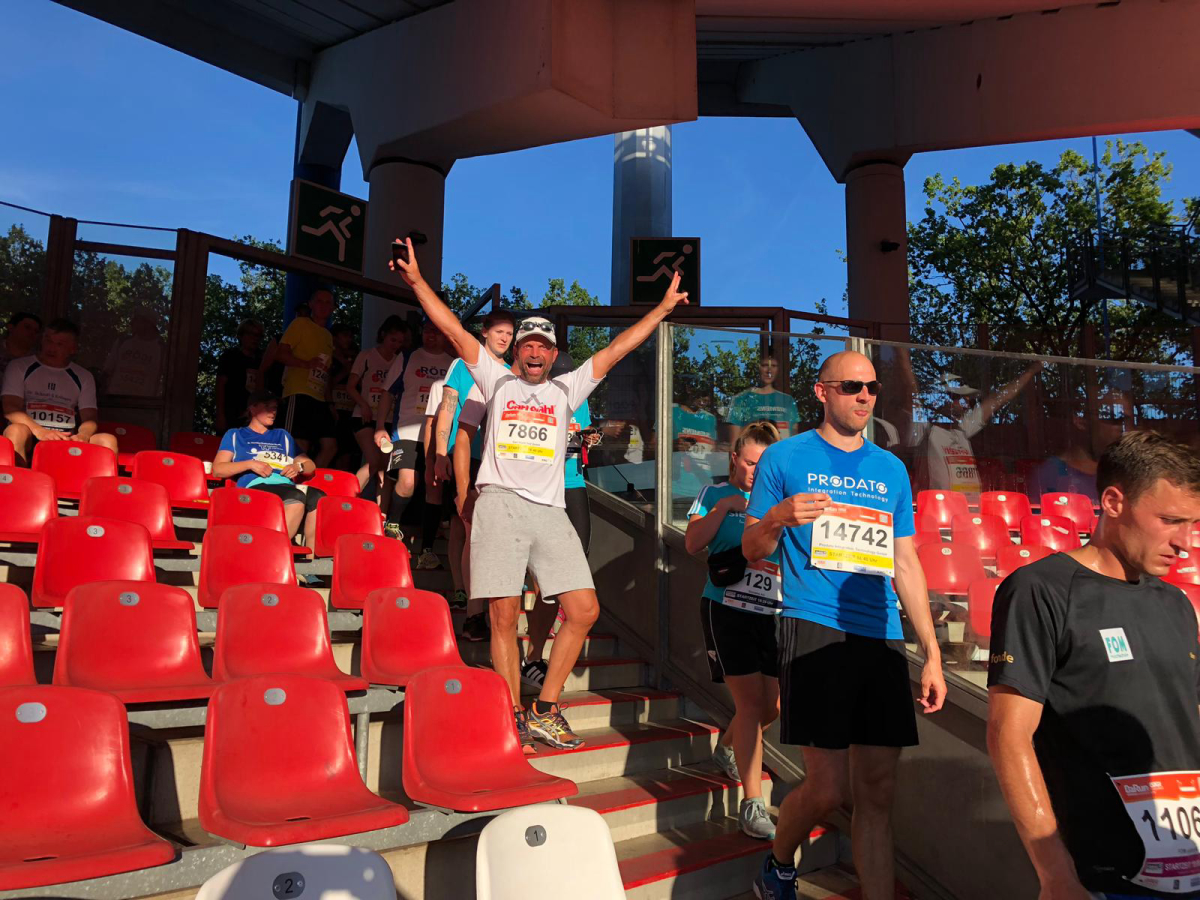 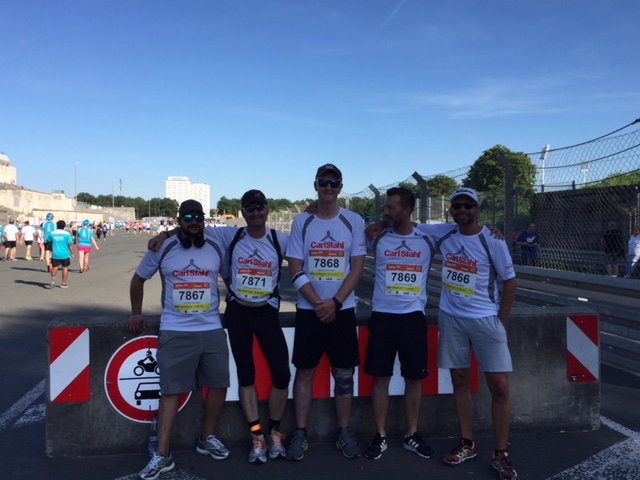 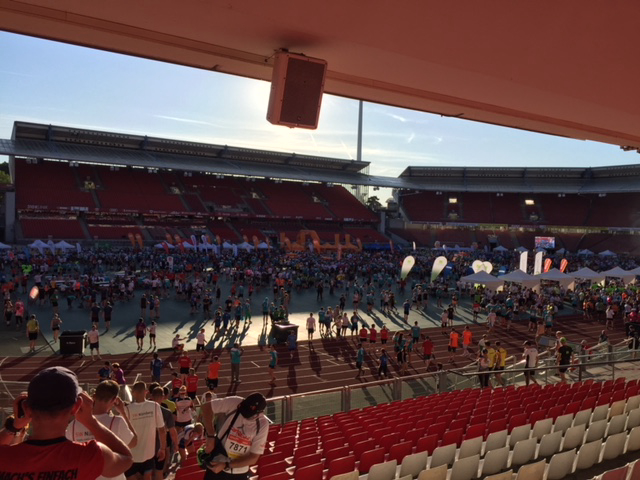 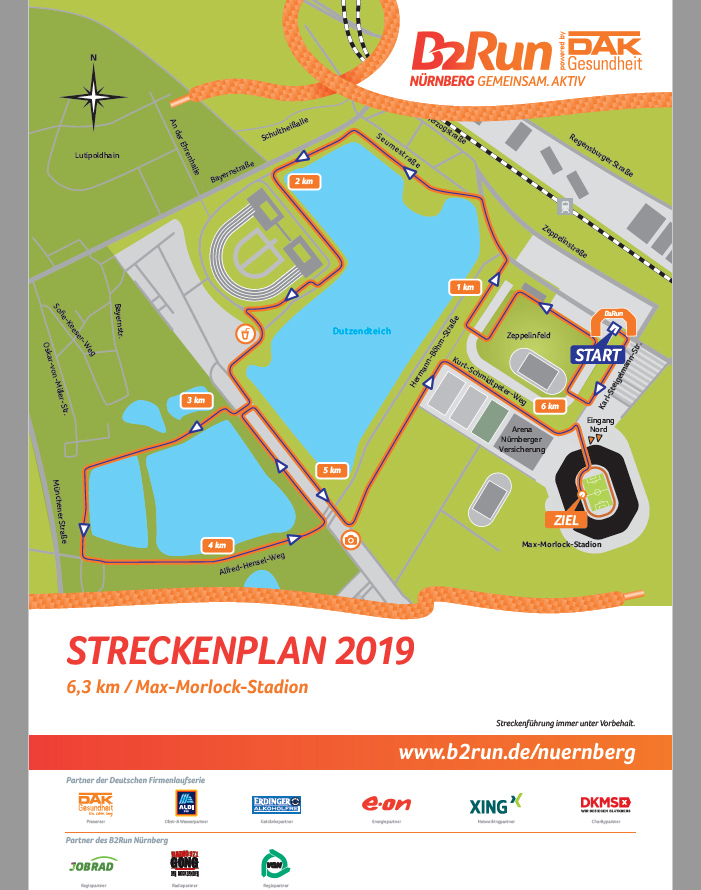 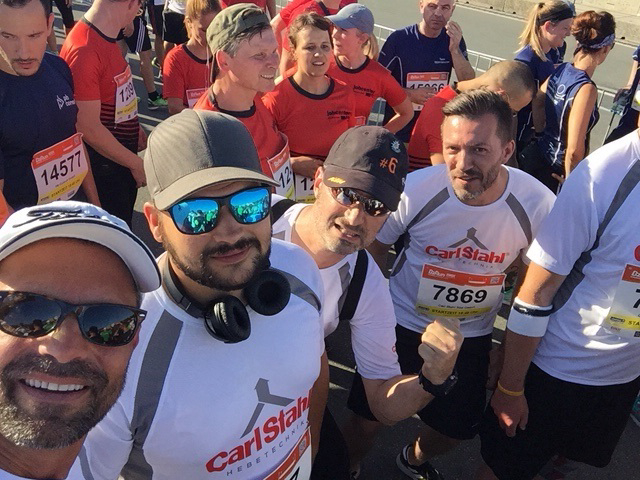 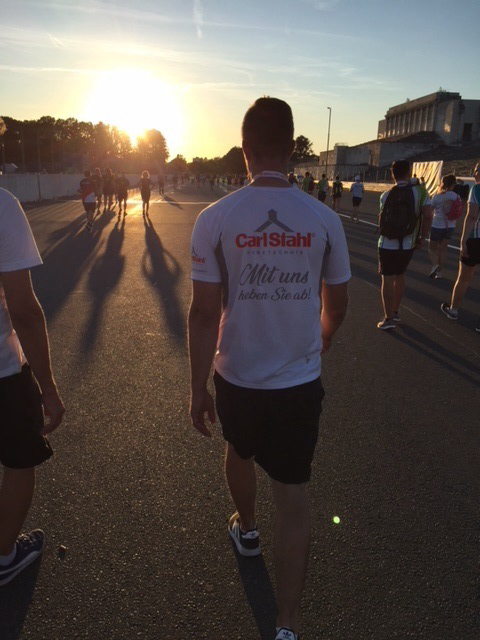